A Stroll through the Hofgarten 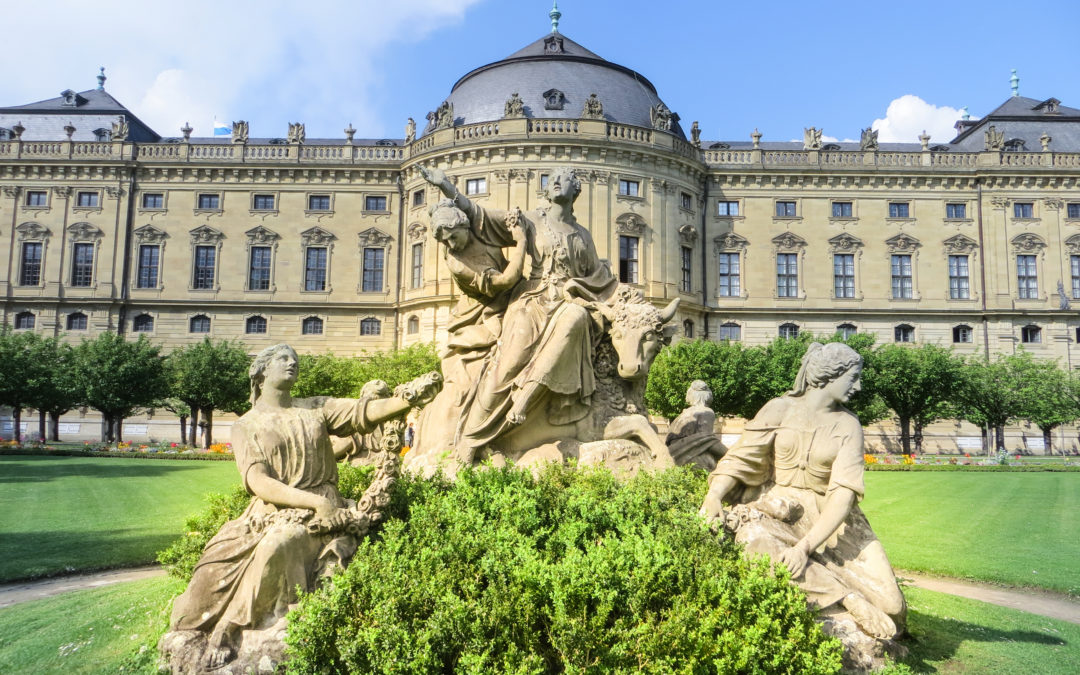 My favourite place in Würzburg’s Hofgarten happens to be a staircase. To be exact, the stairs which connect the eastern part of the garden with its southern part. From the top of the stairs, you can see both parts of the park. Johann Prokop Mayer’s versatile garden concept becomes beautifully visible. He was the court gardener under Prince-Bishop Adam Friedrich von Seinsheim and created the garden.

Würzburg Residence and its green spaces were built in the Baroque period. This is the era of the Sun King in France and the time of absolutism, during which Versailles Castle was built, one of the largest palaces in Europe. The prince-bishop of Würzburg wanted to imitate this splendour. His vision, therefore, also included a garden covering several thousand hectares in addition to the palace. However, as the garden was circumscribed by the city wall which surrounded Würzburg on the bank to the right of the River Main, this was not possible. Balthasar Neumann, the master builder at Würzburg Residence, therefore had the glorious idea of including the city wall into the design of the garden.

Rococo Cherubs in the East Garden
In total, the palace gardens are divided into three areas of approximately equal size: the East and South Gardens and the English Garden. Formed like a terrace, the East Garden adjoins the palace’s garden hall with two symmetrical arcades and staircases, as well as a small terrace at halfway. The old city wall boundary is therefore not noticeable at first sight. Cherubs by Johann Peter Wagner, an artist who was also involved in Würzburg Residence’s interior design, are scattered throughout the East Garden. The sculptor is regarded as one of the principle representatives of rococo sculpture in the Mainfranken region.

Europe in the South
If you take the stairs down from the East Garden, you arrive in the South Garden. From its private chambers, the prince-bishop could look over this garden. He lived in the right wing of the residence, which adjoins onto the court church and the southern garden. This part of the Hofgarten ends with the Orangery, behind which the kitchen garden is located. Walkways, lawns and landscaped gardens alternate here. The yew trees are cut into cones and the garden is adorned with a small pond featuring fountains and figures from Greek mythology. “Rape of Persephone” and “The Abduction of Europa” are represented here.

Where Nature can be Nature
A promenade still separates the South Garden from the third one – the English part of the garden. In contrast to the baroque gardens, which forced nature into shapes, the English garden is a landscape garden, with natural flora and fauna.

Entrances to the Hofgarten can be found on Rennweg, directly adjacent to the Hofkirche court church and at Josef-Stangl Platz. When approaching from Rennweg and Schlossvorplatz, visitors enter the garden through the wrought iron gate designed by Johann Georg Oegg, the Tyrolean “king of forged iron gate art”.